Certain shows are so synonymous with the culture that they will live on forever. One will be reborn as an episodic listening series.

As spotted on Deadline Viacom is doubling down in their efforts to make their own respective mark in the digital entertainment category. According to the story, the New York, NY based conglomerate has reached a three-year agreement with iHeartMedia. The contract will bring a podcast version of Yo! MTV Raps to life. Originally hosted by Ed Lover and Dr. Dre, the program was the first Hip-Hop show ever to air on the network. It would enjoy the long run and end in historic fashion with an epic cipher featuring the likes of KRS-ONE, Rakim, Redman, and others.

All of the audio series will be distributed through the iHeartPodcast Network and available on iHeartRadio in addition to wherever fans find their favorite podcasts. 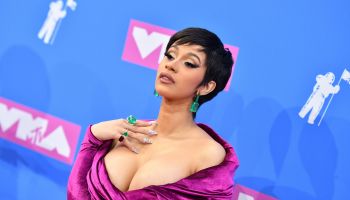 HEAD TO THE RICKEYSMILEYMORNINGSHOW.COM HOMEPAGE

Mic Check 1, 2: A ‘Yo! MTV Raps’ Podcast Is On The Way, ‘Daily Show’ Too  was originally published on hiphopwired.com

Original Article Source: https://rickeysmileymorningshow.com/2258193/mic-check-1-2-a-yo-mtv-raps-podcast-is-on-the-way-daily-show-too/ | Article may or may not reflect the views of Delta Force 3