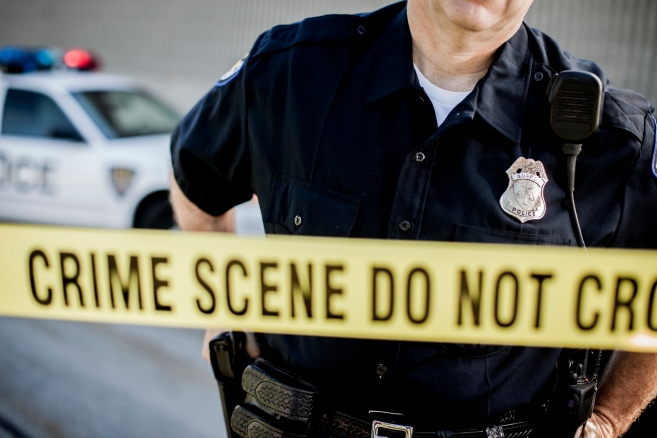 A startling encounter in a Santa Monica parking lot turned into a hate crime investigation after an 80-year-old white man and an unidentified Black woman scuffled over a parking lot space on Tuesday evening.

Enrique Conde, who captured the video on his phone, said he was pulling into a space in the parking lot of the Santa Monica College Performing Arts Campus when he heard Fredric Allan Shinerock screaming the N-word.

In the video, you can hear and see the encounter between Shinerock and the woman.

“You don’t belong (unintelligible)! Go back to South LA! Shut your f–king ugly, n—-r mouth. You’re a n—-r!” you can hear Shinerock saying.

The camera also swings to show the woman walking up to Shinerock. When she dares him to call her the N-word again they get into a physical confrontation, swinging at each other. A lone parking attendant lazily tries to hold the woman back, while another bystander yells at the woman to leave.

“It was shocking to see that but, unfortunately, it’s not the first time I’ve seen a racial tirade over a parking space in Santa Monica,” Conde said in an interview with the Santa Monica Daily Press. “A lot of people come into work who are not from the area and you see that friction sometimes,” he continued.

According to the New York Post, the two got into an argument over a parking space, after the woman, who is also a student, was parked over the line in one of the spaces. As she tried to correct her parking job, the man began thrusting hate speech towards her.

Shinerock was questioned and cited by police, but walked away. KABC reports that the incident is being investigated as a hate crime. The woman was evaluated by paramedics but opted not to go to the hospital.

College president Kathryn Jeffrey released the following statement in regards to the incident:

“We will continue to do our utmost to uphold our commitment to provide a safe and inclusive learning environment.We will take immediate and evident action to reinforce to our students, college community, and guests that there is no room for hate at Santa Monica College.”

The Santa Monica Police Department put out a call to the community in case anyone knows further details. They are asking to contact them at  (310) 434-4300 and ask to speak to the sergeant on duty regarding case number 18-216, KABC reports.

Original Article Source: https://blackamericaweb.com/2018/05/04/80-year-old-white-man-investigated-for-hate-crime-after-calling-black-woman-the-n-word-in-parking-lot/ | Article may or may not reflect the views of Delta Force 3